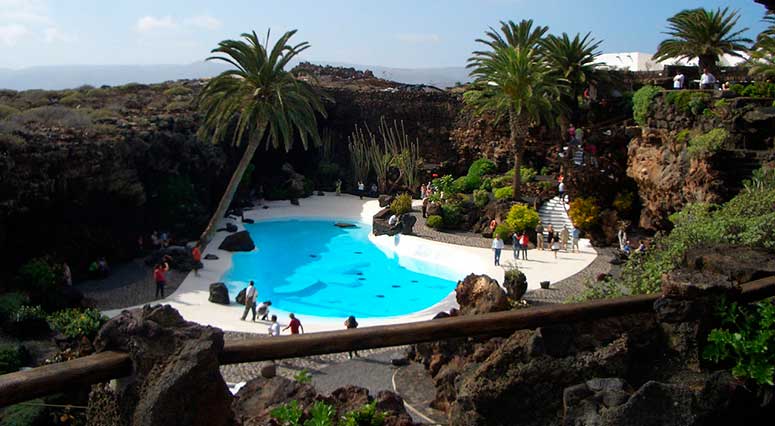 César Manrique was born on the 24th of April 1919, the Manrique’s constituted a typical middle class family. In 1934, his father bought a lot in La Caleta de Famara and built a house next to the ocean. This house left a visible impression on César that lasted his lifetime.

«My greatest happiness is to recall a happy childhood. Summer vacations in Famara with its 8Km of clean and fine sand framed by cliffs of more than 400Mtrs high that reflected on the beach like in a mirror. That image has been engraved in my soul as something of extraordinary beauty that I will never forget.» – César Manrique

César volunteered in the Spanish Civil War on Franco’s side. His experience of the war was atrocious and he refused to talk about it. In the summer of 1939, once the war was over, César returned to Arrecife. After greeting his mother and siblings, he went up on the flat roof angrily took off his clothes, soaked them with petrol and burned them.

At the end of the Spanish Civil War, he went to the La Laguna University to study Technical Architecture, which he abandoned after two years. In 1945, he was awarded a scholarship at the Academia de Bellas Artes de San Fernando in Madrid, where he graduated as Art Professor and painter. 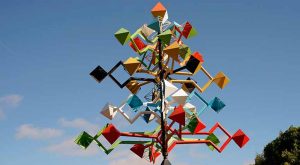 In 1964, César moved to New York, a guest of Waldo Diaz-Balart a Cuban painter. Waldo lived in the Lower East Side, a neighbourhood of artists, journalists, writers, and bohemians. He eventually rented his own studio and produced a number of paintings such as «Catherine Viviano» which he exhibited with success in the prestigious New York gallery. Eventually he grew to miss Lanzarote more and more.

«When I returned from New York, I came with the intention of turning my native island into one of the most beautiful places on the planet.”- César Manrique.

He certainly achieved this and more leaving Lanzarote with a great legacy and some wonderful creations such as the Jameos del Agua. It is impossible to imagine Lanzarote as it stands today without César Manrique and the outstanding architectural gems that are his legacy. He was a painter, sculptor, architect, ecologist, monument preserver, construction advisor, planner of urban developments, outliner of landscapes and gardens.

Manrique was a frugal man, he didn’t drink, didn’t smoke and didn’t allow others to smoke next to him. He regularly went to bed very early and got up at dawn to begin work in his studio. He died at the age of 73 in a tragic car accident.