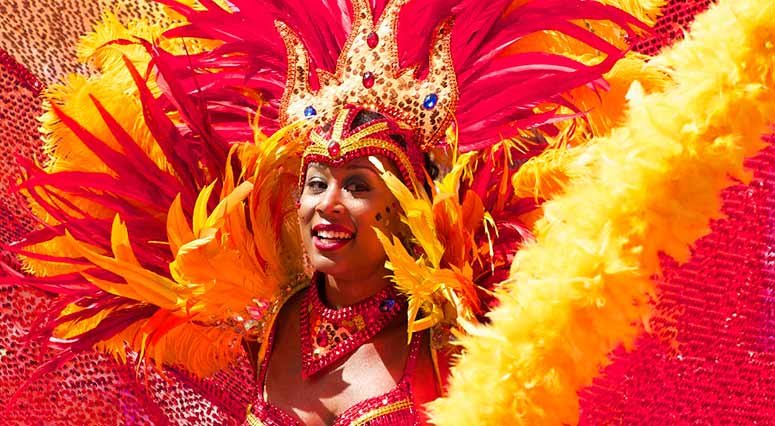 There are loads of Fiestas and events every year in Lanzarote, we’ve listed just a few that we think you might enjoy taking part in or simply to go along as a spectator.

February/March
Carnaval (Carnival)
In Lanzarote we celebrate Carnival everywhere, each town has it owns programme and theme. Carnaval takes place over a month (dependent on Easter) and starts with Arrecife and usually ends in Arrecife with the ‘Burial of the Sardine’. A traditional ceremony where men, usually dressed as women, pretend they are actually at the ‘funeral’ of the sardine, they cry and mourn the fish before it gets cremated on a huge bonfire, marking the end of the Carnival celebrations.

March/April
Semana Santa
The week leading up to Easter when you’ll see processions through the streets of many of the villages and towns carrying sacred icons and religious statues.

May
Dia de Canarias
Canarians are very proud of their roots, culture and people, the 30 of May is the day they celebrate the day known as the day of the Canary islands «Dia de Canarias». It’s a bank holiday (fiesta) across all of the Canary Islands Canarians celebrate in every town with people gathering in typical canarian costumes, playing traditional music on the timple and eating and drinking local foods and wines.

IRONMAN Lanzarote
One of the toughest IRONMAN competitions takes place on the island each year attracting sports men and women from all corners of the globe who demonstrate their strength, determination and endurance! More info

June
Wine Run Lanzarote
Popular with locals and visitors alike this event is a great way to get outdoors and breath in the beauty of the wine growing region of La Geria, experience Canarian hospitality and of course enjoy some fabulous wines! More info

Dia de San Juan
Spains biggest bonfire night celebrating the Fiesta de San Juan (St John’s day)! Whilst there will be bonfires across the whole island, which you will see take shape in the weeks leading up to the 23rd, Haria is the town most famous for it’s celebrations which start at around 9pm. There will be music, dancing, competitions, tournaments and bbq’s followed by the lighting of the bonfire and the fire dance.

July
Noche Blanca, Villa de Teguise
This free event attracts more than 8,000 people into the streets of the historic old capital of Lanzarote. The event is mainly about staying up all night and wearing white, so if you decide to go make sure you wear white!

Fiesta de la Vendimia, Yaiza
Join workers at La Geria winery to honour the harvest in traditional style. Camels transport the pickers and you are invited to have a go at treading the grapes!

October
23rd Swim crossing «El Río» Lanzarote to La Graciosa
A popular, annual swim across the Rio (the 2.8km stretch of water separating La Graciosa from Lanzarote), seen by many islanders as a rite of passage. More info

December
Lanzarote International Marathon
The Marathon takes place along the promenade between the resort of Costa Teguise and Puerto de Carmen, running through Arrecife, Playa Honda and Matagorda. More info

El Gordo Lottery Draw – 22 December
The largest lottery in the world that captivates Spaniards and other nationalities each year.

Chistmas Eve (Nochebuena)
Traditionally marked with midnight mass when many people attend a special service at church and have a large family meal.


Christmas day (Navidad)
Families gather to have a special meal.

Innocent Saints (Santos Inocentes)
The Spanish equivalent of April Fools’ Day, celebrated in many countries on 1st April, when tricks are played.

New Year’s Eve (Nochevieja)
New Year’s Eve is more celebrated than Christmas, locals count every stroke of midnight while drinking cava, and eating 12 grapes (one for each stroke). Those that successfully eat all we grapes within the strokes will have good luck in the new year.

Keep up to date with fiestas and events in Lanzarote, bookmark this page or follow us on FaceBook!