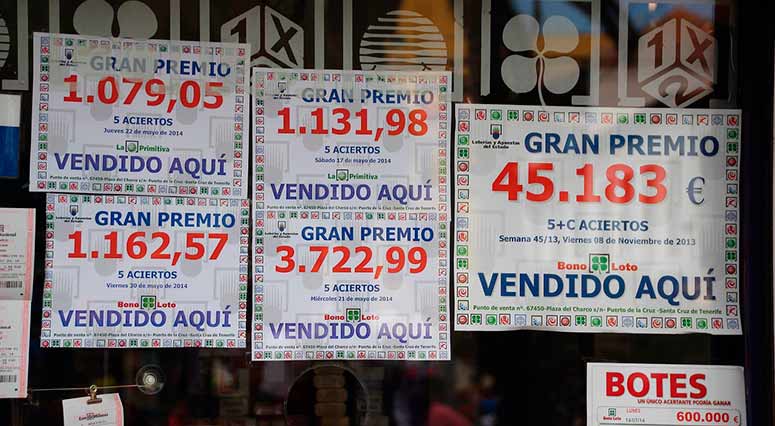 It’s almost time for El Gordo (The Fat One), the Spanish Christmas Lottery is considered to be the biggest lottery in the world. With more than €2.3 billion in prize money to be shared and thanks to a 15% chance of winning some sort of prize it is estimated that around 98% of Spaniards will participate in the draw.

Tickets usually go on the sale any time from July/August onwards and anyone can participate. The organizers realized that people on holiday might fancy having a bit of a flutter as such you don’t have to be resident in Spain to take part and claim your prize. Nowadays you can even buy your tickets and check the results online via the El Gordo website and other outlets.

Tickets are expensive at €200 for the whole thing but the good news is you can buy a 10th (decimo) of the whole ticket, which is what most people do. Some Spanish families have been playing the same numbers for decades and passing them down through the generations. Similar to a raffle, you buy pre-printed tickets, and each number can be sold as many as 180 times in what is known as a ‘series’, meaning there will be multiple tickets displaying the same number. The below table is an example of how the top tier prizes work.

In addition to the top prize tiers there is the ‘pedrea’, or ‘shower of prizes’, which includes hundreds of further, smaller prizes drawn throughout the day.

Because of the remarkable number of tickets sold, and the fact that the tickets only have 5 digit numbers, there are a lot of winning tickets. Unfortunately, not everyone wins a fortune, those who just get their initial stake back tend to spend it by buying a ticket for El Niño, the second largest draw of the year which takes place on January 6th.

However keen you are to have a share of this massive prize, you will almost certainly loose the will to live if you ever have the misfortune to watch the draw on TV or listen to it on the radio! Pupils of the San Ildefonso school (formerly an orphanage) in Madrid draw the numbers and corresponding prizes, delivering the results in song to the public. It is a custom that the winners donate some of the money to the San Ildefonso school. The draw takes place on 22 December and lasts for around 5 hours, imagine how depressing it would be to watch the whole thing and win nothing… on the other hand what if you did win?

We wish you much luck if you decide to take part!